For centuries the eastern lands of the verdant Genesee River valley were home to the Seneca people. A member of the Iroquois Confederacy, the Seneca’s were noted for their fierceness and bravery during battle as well as being accomplished farmers. Several small villages were located through out the territory including some at the river’s edge. The Casconchiagon “River of Many Falls” provided rich lands on which to farm as well as powerful scenery. The Senecas traded with the few intrepid Europeans who had ventured inland from the coasts during the 17th and early 18th centuries…some of whom ventured into the valley of Casconchiagon. Soon after Captain M. Pouchot of the French Army at Fort Niagara briefly visited the valley in 1759, a lithograph print was published in 1766 of the “Great Little Seneca Falls” (now the High Falls of the Genesee River) by Thomas Davies a British Army Officer and surveyor. 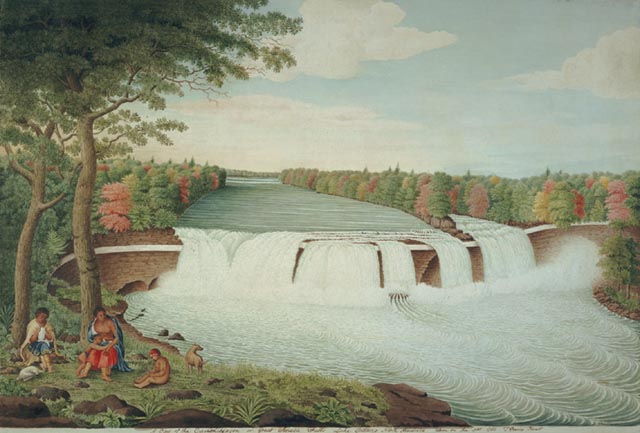 Soon more european settlers began to venture into the western wilderness from the eastern coastline ultimately leading to the Treaty of Big Tree in 1797. Signed in the presence of several thousand Seneca people at the homestead of Captain William Wadsworth in the vicinity of what is now Geneseo, New York, the treaty ceded the lands west of Casconchiagon (Genesee River) to New York State. Following soon after this treaty several small european villages began to spring up along the banks of the river utilizing its immense water power from the several falls and access to the Great Lakes to become burgeoning hubs of trade. One of these early settlements was the village of Carthage located on the eastern bank near the Lower Falls of the Genesee River, almost directly across from the Seneca village of Casconchiagon (named after the river).

One of the earliest european residents to settle near Carthage was Ezra Rogers, who came to the region in 1809, and soon established himself as a prominent ship builder leveraging the village’s prominent status as a port to his advantage. However, with the completion of the Erie Canal in 1825 the small village of Rochesterville to the south of Carthage quickly began to outgrow its initial 100 acre tract, being granted its charter as a city in 1834. The newly minted City of Rochester was a water powered industrial powerhouse with its harnessing of High Falls (the first of the three major cataracts within five miles of each other) continued to expand at a rapid rate eventually annexing the village of Carthage. Ezra Roger’s sons, including Hosea Rogers, expanded their father’s ship building business in the 1830s and began building boats for their own use in the increasing trade on the Great Lakes. Riding on the success of his various business ventures Hosea built a stately brick home for his wife and family in 1852 just beyond the city limits in the newly formed Town of Irondequoit (est.1839). Hosea Rogers’ house, which is still standing in remarkably good condition today, is now located on St. Paul Boulevard a major north/south corridor that connects the City of Rochester to Lake Ontario. (To read more about Hosea Rogers’ house click here.) 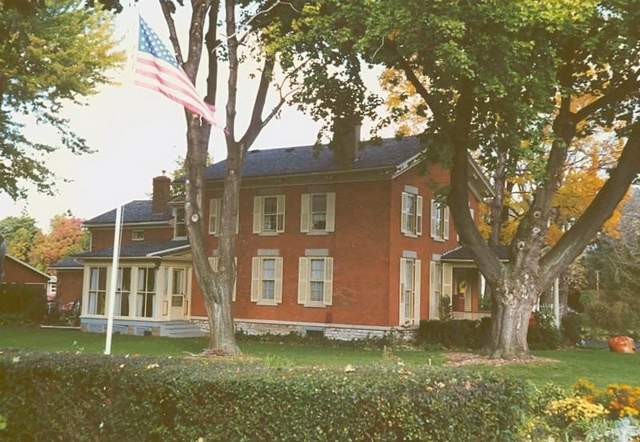 While a man of many talents and business ventures Hosea, being primarily a shipbuilder and farmer, did not dabble significantly in real estate. It was his children who would eventually seize the opportunity in the first quarter of the 20th century to sub-divide and develop their father’s land into Rogers Estates. It was at about this time that a former electrical equipment salesman turned contractor, who had risen to recognition for his quality built affordable homes, hatched an idea to build a tight knit neighborhood within the newly sub-divided Rogers Estates. That man, was Fred P. Tosch. 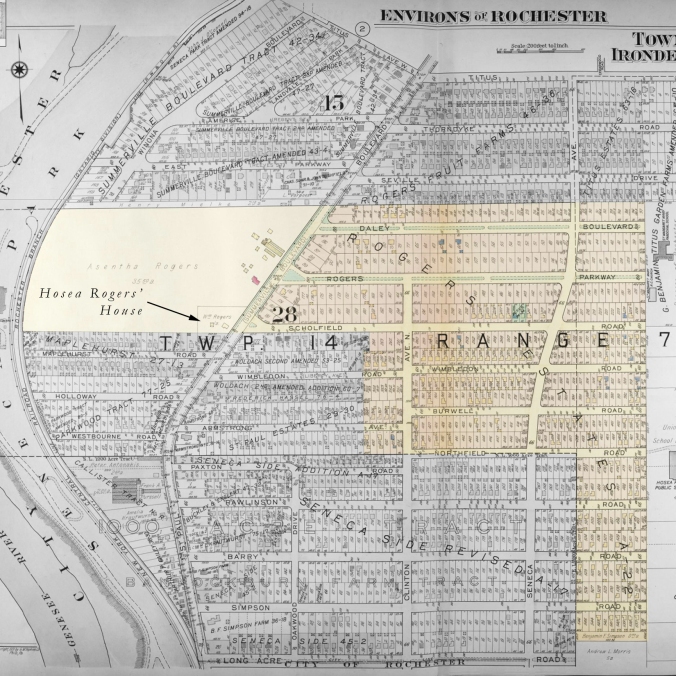 “Environs of Rochester,” Plate No. 1, 1931 – by G. M. Hopkins Co, through Rochester Local History Division, edited by me